Keith Mitchell - All of Me In One Place!

Lover of technology and video games, determined to make a name for myself.

I enjoy writing about video games, technology, and other interesting things in the geek culture universe. Here, you'll find a catalog of all my works from various outlets, including The Outerhaven and Tomshardware.

Should you be interested in having me write for you on a temporary basis or in a freelancing position, please contact me. 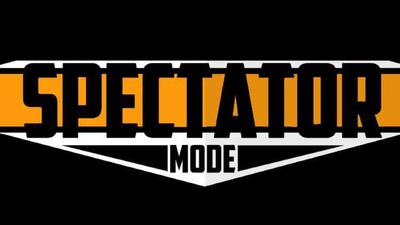 After a long vacation, The SpecMode crew is back and ready to charge into 2022. Of course, we can’t start the year without talking about the biggest news in gaming. That being Microsoft acquiring Activision-Blizzard, that’s major. We can’t forget about SCUF’s PS5 Reflex controller, Kingdom Hearts Switch Cloud, and Karl’s hands-on with OlliOlli World. We also love questions or topics that you’d like for us to cover on upcoming shows. Email us or drop a note in the comments! Considering rating u 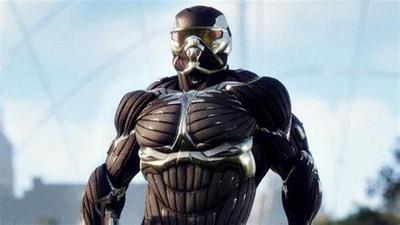 Crysis 4 Is Officially A Thing

It’s been a decade since the original Crysis melted every piece of hardware that was attempted to run the game on. Now, we could be on the verge of a repeat, as Crytek has officially announced it is working on Crysis 4. Yep, it’s back! “To everyone in our amazing Crysis community, and to all fans of the franchise all around the world: we have a special announcement to make, just for you. It’s something you have been asking us for a long time, so it’s now finally time to confirm – yes, the next 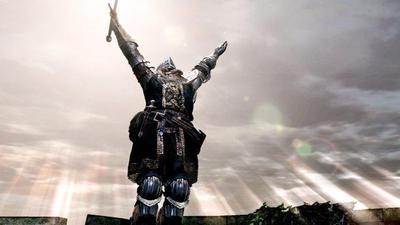 It was just a few days ago that Bandai Namco had announced that it was taking all of the Dark Souls PC servers offline. When I say all, I mean all. Dark Souls Prepare to Die, Dark Souls Remastered, Dark Souls II, Dark Souls II: Sins of the First Scholar, and Dark Souls III. Sadly, the servers are still offline as of today. This was prompted by a nasty RCE (remote code execution) exploit that had the potential of ruining Dark Souls players save files, allowing an attacker to run remote applicati 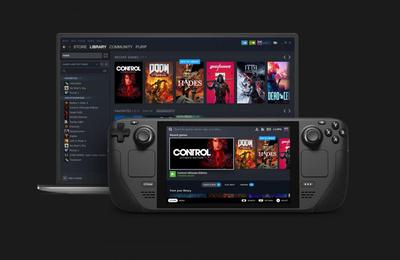 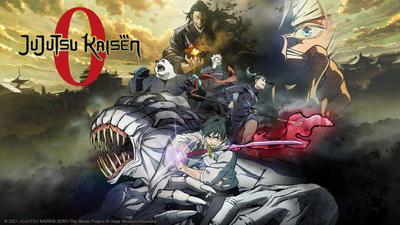 Jujutsu Kaisen 0 Heads to the Big Screen In March 2022

Jujutsu Kaisen has been a hit with the anime crowd, and it looks as if the upcoming movie, Jujutsu Kaisen 0, will continue that trend. Announced earlier today by Crunchyroll, the upcoming movie Jujutsu Kaisen 0 will arrive in theaters on March 18, 2022. This dark fantasy film from TOHO Animation will be viewable in subtitled, and English dubbed formats when it debuts in over 1500 theaters nationwide. I know you can’t wait to rush to theaters, but keep in mind that tickets won’t go on sale until 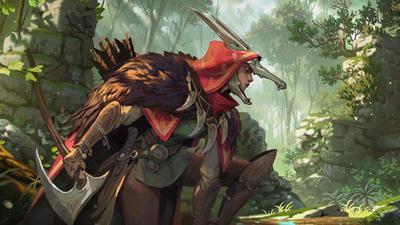 While all eyes have been glued to the recent announcement that Microsoft is in the process of acquiring Activision Blizzard, life goes on for the company. Activision-Blizzard took to Twitter today, announcing a new IP and survival game in an all-new universe. And the news of a new IP that happens to be a survival game based in a new universe sounds like just the thing to get people looking at something else. While the details of this game are scarce, we do know that the company is currently hir 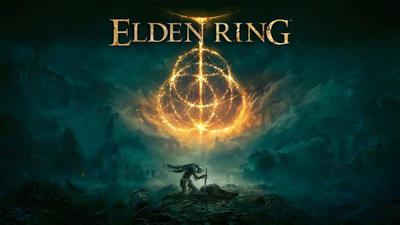 Fromsoftware’s Elden Ring Has Gone Gold, Day One Patch Being Worked On

During the ongoing 2022 Taipei Game Show, it was mentioned Fromsoftware’s upcoming title, Elden Ring, has gone gold. Given that the game is being released in about one month’s time, this was cutting it close. Still, it’s good to know that the game is being sent out to be distributed, and we’ll have it in our hands soon. That’s right, no more delays! Also mentioned is that there is a day one patch that is currently being worked on. Alongside the news, those who tuned into the Taipei Game Show s 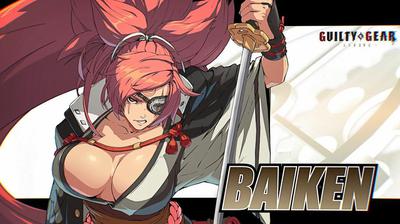 Back in December 2021, we reported that Baiken was set to make her debut in Guilty Gear -Strive-, she’s almost here. As part of Guilty Gear -Strive- season pass one, Baiken will be playable as of January 28th, 2022. If you don’t have the season pass, Baiken will be available as a standalone purchase on January 31, 2022. To celebrate her return, Arc System Works has released not one, but two videos. The first video is a showcase trailer, showing off just how utterly fantastic Baiken looks. I’m 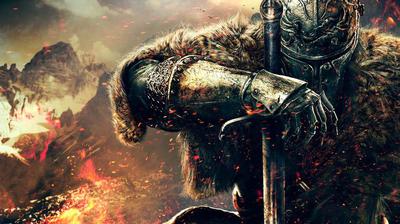 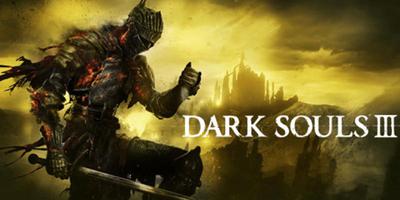 Heads up to anyone playing Dark Souls III on PC, there’s another nasty exploit making the rounds. This exploit is an RCE or remote execution exploit. This is not the same exploit that affected Dark Souls III players several years ago. According to Twitter user SkeleMann, this exploit could capture your login information for your computer, execute programs in the background, or possibly even hose your OS. This exploit has been discovered by someone who attempted to reach out to Bandai Namco. Whe

Earlier, we reported that a remote code exploit was discovered for Dark Souls 3 for the PC. This exploit could capture your login information for your computer, execute programs in the background, or possibly even hose your PC operating system. As you can imagine, if left unchecked, this exploit could be disastrous for the Dark Souls 3 community. Thankfully, this has been addressed in the latest update for Blue Sentinel. LukeYui the creator of the Blue Sentinel anti-cheat tool had been working 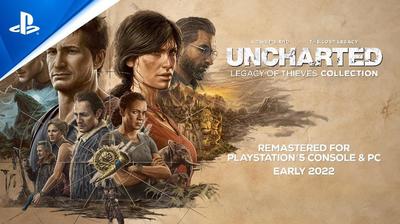 Play as Nathan Drake and Chloe Frazer in their own standalone adventures as they are forced to confront their pasts and forge their own legacies. The Uncharted: Legacy of Thieves Collection includes the critically acclaimed single-player stories from both Uncharted 4: A Thief’s End and Uncharted: The Lost Legacy, remastered for the PS5 console. Uncharted: Legacy of Thieves Collection releases on Jan. 28th, 2022 for PC. Also is being released for the PC at a later date in 2022. Preload for the 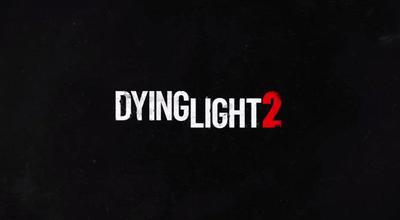 Today, Techland has announced that it will be offering free next-gen upgrades for anyone who purchases the PS4 version of Dying Light 2 Stay Human. This also applies for the Xbox One to Xbox Series X|S additions, as free upgrades will be handled via Xbox’s Smart Delivery. Now, potential owners won’t have to worry about dropping down extra money when they get that shiny console upgrade. Techland also released some updated co-op game news for all platforms. Co-op cross-play between the Steam and 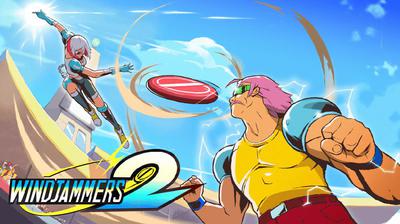 Check Out 50 Minutes of Windjammers 2 Gameplay

Now that DotEmu’s Windjammers 2 is out in the gaming world, we can finally show you some of the gameplay w/commentary. Thanks to our very own Matthew Paul and Scott Adams, we have three gameplay videos for you to enjoy. There’s aren’t just your average gameplay videos, but detailed playthroughs, so you can follow along. You might learn a thing or two while you watch. Also, while you are here, check out our review of Windjammers 2. Windjammers 2 is available on PS4, PS5, Xbox One, Xbox Series X 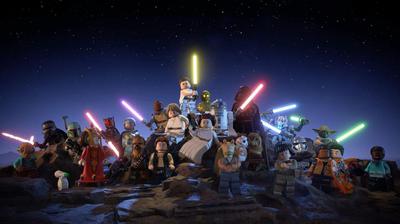 After wondering when LEGO Star Wars: The Skywalker Saga would see the light of day, WB Games has finally announced the release date, April 5th, 2022. Originally the title was scheduled for a 2021 release date, prior to being delayed. The game was announced during the 2019 E3 event. The long-awaited title will span across all nine of Star Wars Skywalker Saga. And according to Traveller’s Tales, this is the company’s biggest LEGO game to date. And judging from the gameplay overview, it looks like 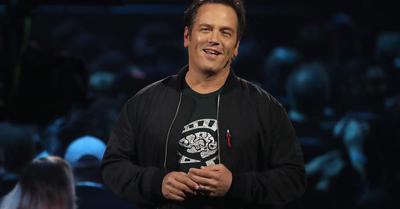 Today, Microsoft’s CEO of Gaming, Phil Spencer, mentioned that he had been in talks with Sony this week. Among those conversations is that Xbox intends to honor all current contracts and its desire to keep Call of Duty on the PlayStation. While it’s nice to see that Phil Spencer has at least attempted to ease people’s minds over the acquisition. I wonder if this has had the opposite effect. It’s been a rough time, with plenty of gaming discourse making the rounds. Ever since Microsoft had anno 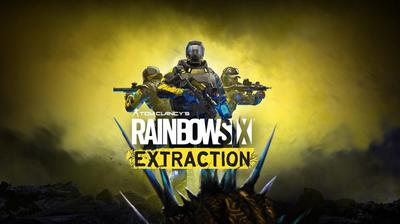 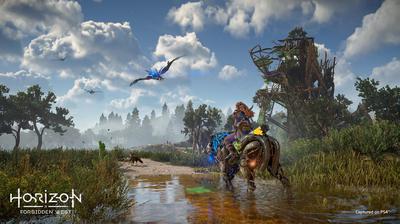 In the next chapter of Aloy’s story, she’ll face a storm of new threats: a world-ending blight, Regalla, and her rebels, Sylens and his machinations… plus many new dangers that have yet to be revealed. But as she ventures into the frontier of the Forbidden West, Aloy won’t face these perils alone. She’ll be joined by companions both fresh and familiar, including stalwarts like Varl and Erend, along with new allies like Zo, Alva, and Kotallo. Horizon Forbidden West releases on February 18, 2022

Tom Clancy’s Rainbow Six Extraction releases on January 20, 2022, and if you haven’t checked out our review yet, let me be the first to tell you that the game is tough. The game’s AI director doesn’t make it easy for you, even on the lowest difficulty. However, you can do a few things to try and even out the odds. Below are several tips that I’ve come up with after spending hours with Tom Clancy’s Rainbow Six Extraction. Give them a read. I promise they’ll help you when you’re trying to complet 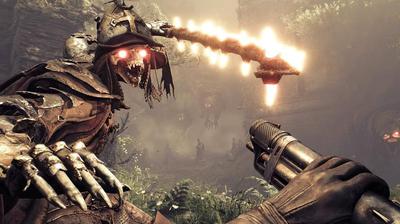 Well, this certainly is quite the surprise. A game that I had been waiting on for years it seems, has arisen from the dead. Well, it wasn’t dead, but in terms of updates of the title, it might as well have been. I’m referring to, of course, The Astronaut’s first-person shooter known as Witchfire. It would seem that that developer feels the way I do and has not only provided an update but a dev massive update. There’s so much to go over, this is like a massive data dump, and I love it. So, let’s
Load More Articles
Close ✕